We all know how bad a jellyfish sting can be. But what if they're already dead? Can dead jellyfish sting just like living jellyfish? Apparently, they can. Let's find out why and how.

Quick Navigation
Can Dead Jellyfish Sting?
Venomous Jellyfish You Should Avoid at All Times
What to Do When You Get Stung
Conclusion 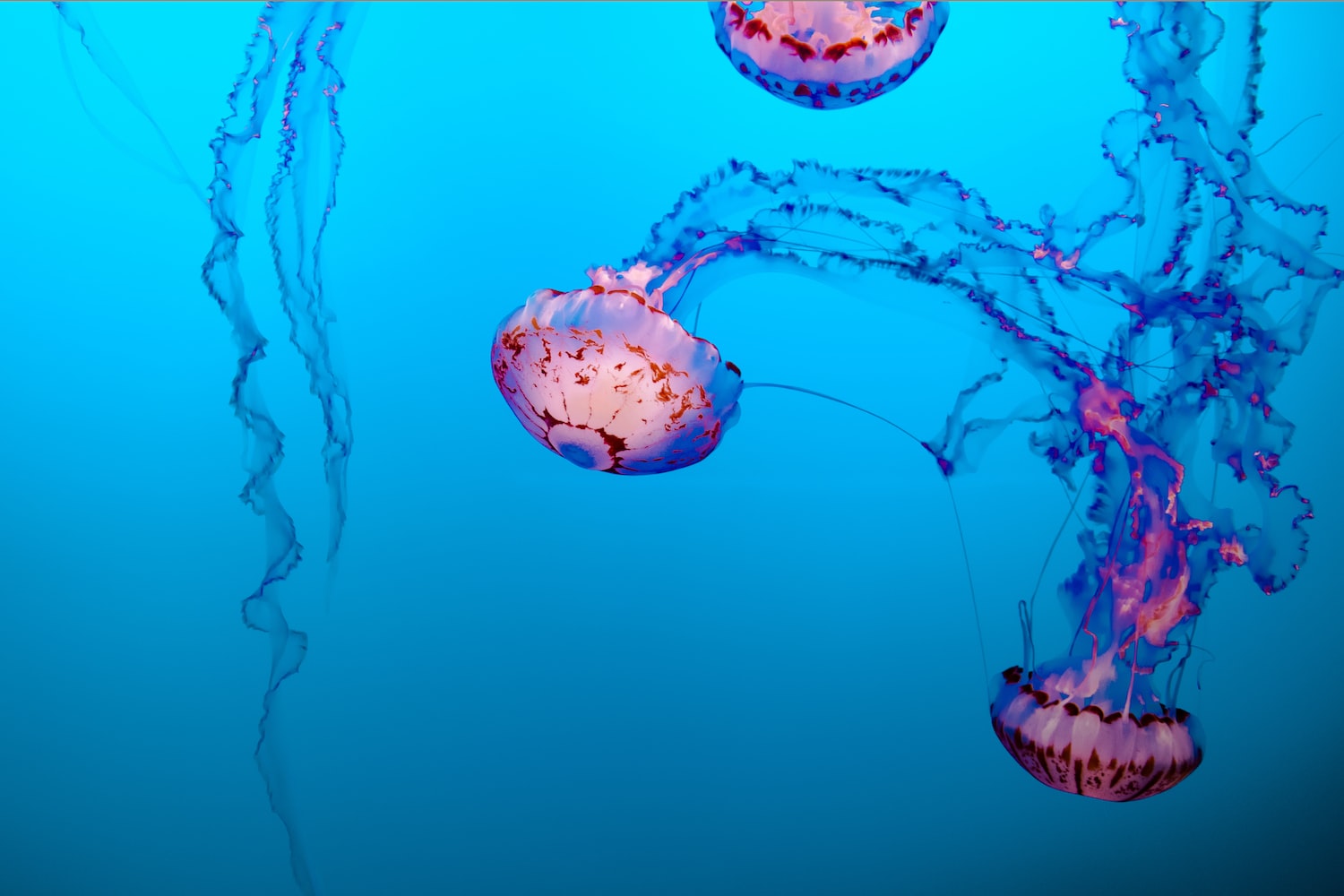 While the jellyfish may seem harmless with its appearance as a clear, gelatinous blob, it possesses several tentacles which may have millions of stinging cells called nematocysts. The answer to the question, “can dead jellyfish sting?” is a resounding yes. A dead jellyfish can still sting and hurt if you come in contact with or step on one. Most jellyfish stings cause red marks, pain, burning, itching, tingling, and numbing, so it would be best to steer clear of them.

Can Dead Jellyfish Sting Even If Broken Apart?

A dead jellyfish can still release toxins, even when its parts have been split up. Stinging cells or nematocysts in a jellyfish's tentacles can enter the skin and release venom into the victim's body. According to scientists, even pieces of jellyfish tentacles can still sting unsuspecting swimmers because nematocysts are still living in them and are still capable of emitting toxins.

A dead jellyfish may wash up on the shore, but its tentacles usually get detached in the process, thus they can still remain afloat and cause mayhem in the water. Raking a dead jellyfish on the shore can also break the tentacles into smaller, unseen pieces which can float around and sting people along its path. While most species of jellyfish are not deadly poisonous, there are some which can be very dangerous.

Venomous Jellyfish You Should Avoid at All Times

The sea wasp (Chironexfleckeri) is considered the deadliest jellyfish in the world. It is pale blue, transparent, nearly invisible, and can be found in shallow waters that swimmers frequent. A sea wasp has a cube-like and bell-shaped head and can grow up to ten feet long and up to ten inches wide.

It is usually found in the coastal waters off North Australia and throughout the Indo-Pacific. Sixty-three known cases of human fatalities from sea wasp stings have been reported for the past eighty years in Australia.

Irukandji are very tiny and transparent jellyfish (about the size of a human adult's fingernail) that usually thrive in warm coastal and reef waters. While this type of jellyfish is believed to only be found in Australian waters, recent reports have indicated that the Irukandji have also been frequenting the waters of Japan, Thailand, Florida, and the British Isles.

Don't be fooled by this jellyfish's tiny size as its sting is known to be severely painful and can last up to twelve hours. Known as the Irukandji Syndrome, a sting from this type of jellyfish can cause burning sensations on the skin, painful stomach and muscle cramps (especially on arms and legs), nausea and vomiting, and cardiac problems.

It's also known to give victims a feeling of impending doom: an unusual psychological symptom which makes patients feel as though they are going to die. However, with prompt and proper treatment, victims have been able to survive the Irukandji's sting, albeit, with a lot of pain medication involved.

Morbakkafenneri or fire jellyfish is another species of box jellyfish that measures up to two inches wide and four inches long. The fire jellyfish is uniquely characterized by bright pink and wart-like protrusions on its top. They are known to thrive in warmer waters and can be found in calm waterways and in marinas off the coast of Queensland. This type of jellyfish is known for its powerful and excruciatingly painful sting which is not dissimilar to the effects of Irukandji syndrome. However, the sting is usually not life-threatening.

The Alatina Alata is another type of box jellyfish that has also been referred to as a sea wasp. Transparent and glassy, the Alatina Alata can grow up to six inches wide and twelve inches long. It is characterized by four long pink-yellow tentacles. This type of jellyfish can be found in the warm waters off the coasts and bay areas of Hawaii, in the beaches of Pakistan in the Arabian Sea, as well as in other parts of the Pacific.

While the Alatina Alata's sting is milder compared to the other jellyfish on this list, it can still cause some pain and discomfort to the victim. While a spray of vinegar on the affected area or the application of hot and cold treatments can alleviate the pain of the sting, it can still trigger symptoms of Irukandji Syndrome.

What to Do When You Get Stung 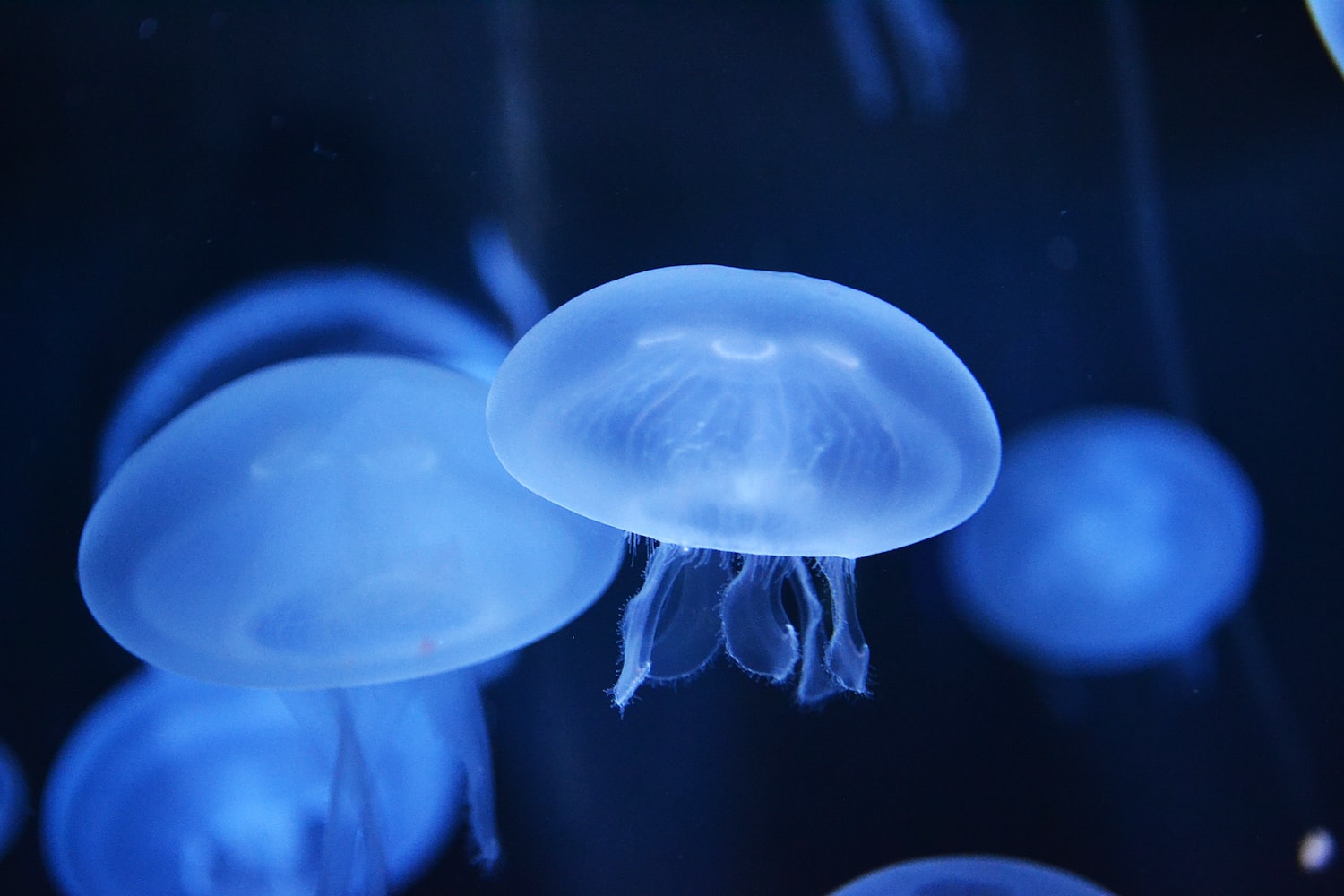 Getting stung by a jellyfish might be unavoidable, especially for people who like to frequent the beach during the hot summer months. If you're planning a trip to the beach, make sure to bring a reliable first aid kit with the necessary provisions to relieve a jellyfish sting, namely vinegar and a pair of tweezers.

Can dead jellyfish sting hurt as much? Even a sting from a dead jellyfish can be extremely painful or may cause a burning sensation. A jellyfish sting may also leave tracks or imprints of the tentacles on the skin that are often red, purple, or brown. If you experience itching, swelling, tingling, or numbness, it probably means you got stung by a jellyfish.

If you are able to, try to take note of the jellyfish's appearance and inform the lifeguard on duty or a medical professional so they will be able to identify if the jellyfish is highly toxic or not. A venomous jellyfish sting will require immediate medical attention.

If the sting has been identified as mild or harmless, do not panic and do the following steps to alleviate the effects of the jellyfish sting: As the adage goes, prevention is always better than cure. Jellyfish stings can still be avoided without having to resort to extreme measures (such as never going to the beach!) Can dead jellyfish sting be avoided? That might be a tricky question to answer; it all depends if the dead jellyfish has been broken into minute parts that are hard to see in the water.

So the next time you're strolling around the beach, keep your eyes peeled for dead jellyfish washing up on the shore. Avoiding them in the water may be more difficult, but if you spot a dead one on land, don't even attempt to come near it or worse, poke at it.

Fun Beach Games For The Whole Family To Play And Enjoy

The Best Beach Cooler to Keep Your Food Fresh