The first thing you should know about seashells is that these pretty, delicate, fantastically colored and shaped objects you pick up on the beach were once the houses of sea creatures. Most seashells are the hard outer covering that marine creatures called mollusks make for themselves. Different types of seashells belong to various sea creatures like clams, mussels, and oysters.

There are over 110,000 species of mollusks, which can make the identification and classification of different types of seashells challenging. Other sea creatures besides mollusks, like echinoderms and crustaceans, also have shells. If you're fascinated by the shape and color of seashells, you'll find that their life stories are just as interesting. 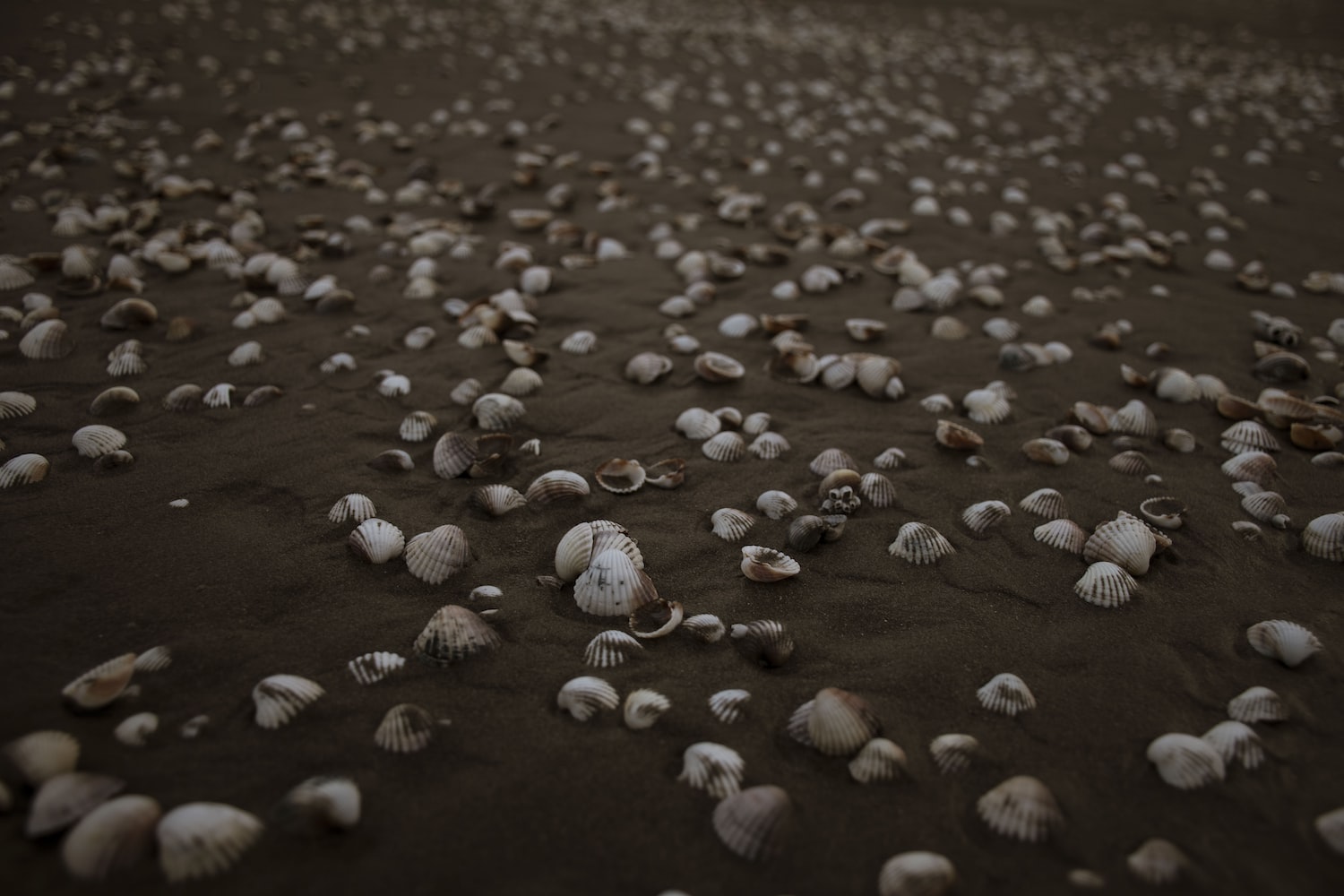 Seashells are actually the homes of marine creatures, which they make by excreting a mixture of calcium carbonate and proteins which dries out into a hard substance. This outer shell protects the creature throughout its life. As the creature grows, it extrudes more material to increase the size of the shell. These mobile homes go everywhere the mollusk goes, keeping it safe from predators.

After the animal dies, its home becomes one of the millions of seashells found on beaches around the world and on the ocean floor. Seashells and the animals to which they are home to are an important part of the chain of life in the oceans and on land as well. These marine creatures are a source of food for other animals and for humans. In fact, mollusks like scallops and crustaceans like lobsters and crabs are a major part of the worldwide fishing industry.

Seashell deposits also play an important role in geological formations, and most limestone and chalk deposits are actually made up of seashells from millions of years ago. Historically, humans have used seashells for ornamentation and jewelry, as tools, and as currency. Seashells have been used in religious ceremonies and as musical instruments. Beachgoers today who pick up seashells are just continuing a long tradition of fascination with these little pieces of artistry from nature.

Most of the shells you find on the beach or in shallow waters no longer have any creatures living inside. So you when you pick up a seashell to take with you, you don't need to worry that you're depriving some small sea animal of its home. The shells last even after their inhabitants die and are washed up on beaches by ocean waves and currents. Shells can be moved large distances from their places of origin by ocean currents.

While the definition and identification of seashells can be challenging, even for experts, it's the best place to start our journey of discovery.

What Are Some Different Types of Seashells? 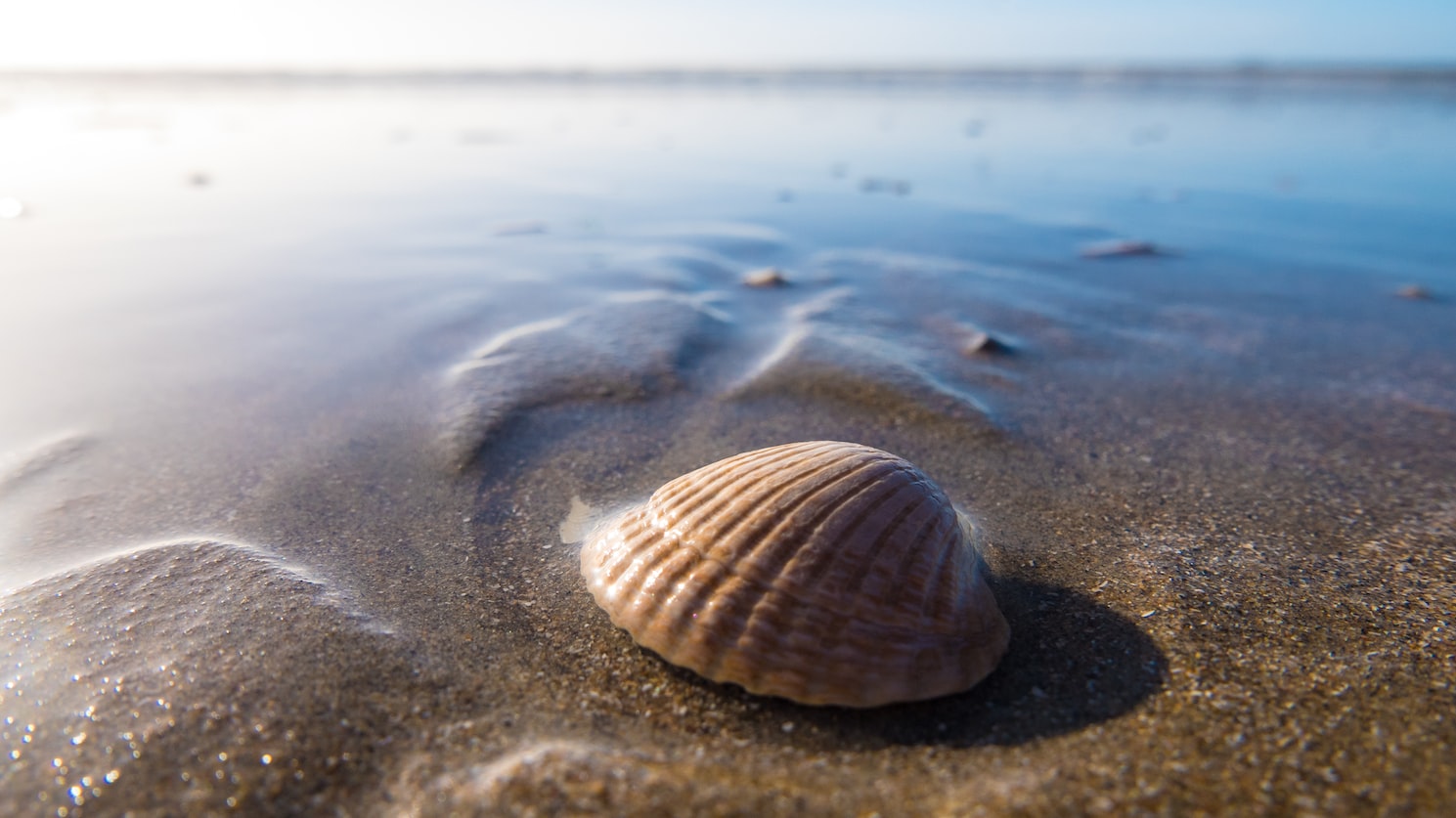 Most seashells come from the protective coverings made by mollusks, but there are other sources as well. Mollusks have over a hundred thousand species, making them one of the largest phylla, or classes of living organisms that have the same body plan. Different types of shells have a characteristic shape and color, depending on the species of the sea creatures that made them.

Not all mollusks have hard exterior shells, but they are all invertebrates, which is to say that they lack a backbone. Various species of mollusks are found around the world, in warm and cold waters. Nearly all mollusks need clean, unpolluted water to thrive.

Without going into too much detail, let's take a quick look at the six major classes or divisions of the phylum mollusca that have shells. If you want to know more about the lives of these fascinating creatures, there are plenty of books and online sources to continue your research.

This class includes species that live on land as well as in water, such as snails, whelks, cowries, slugs, and limpets. They can be found in freshwater as well as the oceans.

All bivalves live in the water and as the name suggests, their shells have two halves which protect the soft body inside. The two halves are joined togetherat one point with a hinge and can close to protect the creature from danger. The best known examples of this class are species like clams, oysters, and mussels.

Also known as chitons, the polyplacophora live in intertidal and deep waters. They have eight protective plates, which they use to roll into a ball when threatened by some danger.

Cephalopods include familiar species like octopus, squid, and the chambered nautilus. Even though octopus and squid are classified as mollusks, they are the exceptions and don't build hard shells around themselves to serve as housing and protection. These are highly evolved creatures with excellent vision and a developed intelligence. The chambered nautilus is one of the most beautiful types of seashells.

Scaphopods live on the soft ocean floor. Their shells are tusk-shaped and open at both ends.

Until 1952, this class of mollusk was only known through the fossil record and believed to be extinct. They live in deep ocean water and have simpler shells than other mollusks.

Other Types of Seashells

Not all seashells come from mollusks, and, as we saw earlier, other creatures like echinoderms and crustaceans also have shells. Echinoderms include familiar sea creatures like sea stars, sand dollars, and sea urchins. The name Echinoderms means “spiny skin” and refers to their hard exoskeleton made of calcium carbonate. Crustaceans also include familiar species like crabs, lobsters, and horseshoe crabs, whose shells are easily identifiable and also easily distinguished from mollusks.

How Types of Seashells Are Classified 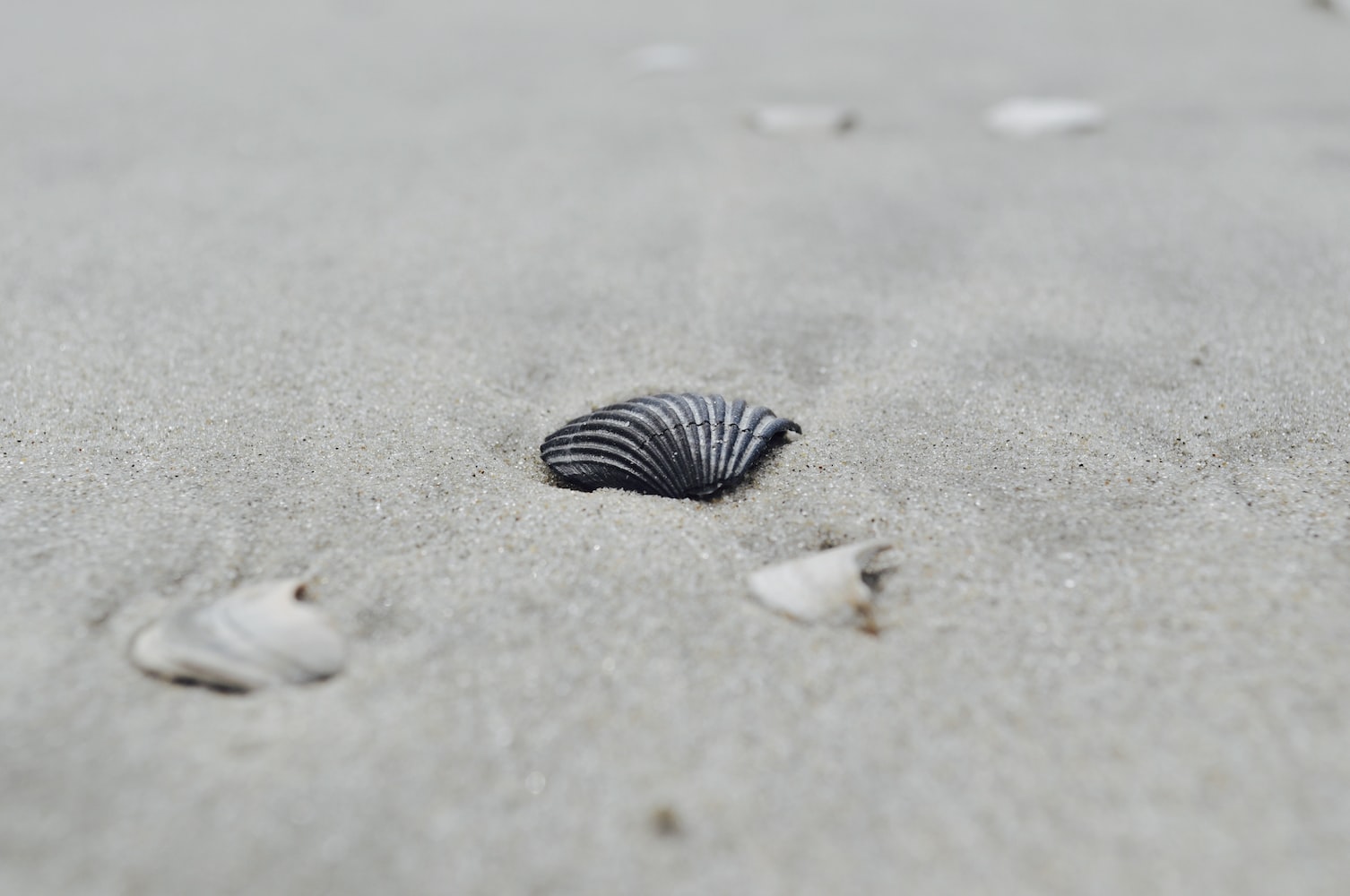 Now that you know the different classes of seashells, you'll be wondering where some common types of shells, such as scallops and nautilus, fit.

Scallops have a unique, easily recognizable, and almost iconic shape. They are bivalves that live mostly in tropical waters, though some who didn't get the memo live in the polar regions. The scallop shape has been used throughout history by different cultures in art and ornamentation. It's the most typical shape that people associate with seashells.

The Chambered Nautilus is another shell with a distinctive spiral shape that fascinates scientists and artists alike. They are Cephalopods, like octopus and squid. Like other species in this class, they are highly evolved, with a well developed nervous system and excellent vision. The shell itself has perfect proportions and is built of spirally shaped chambers. Live Nautilus are found only in the southwestern Pacific, but the empty shells are carried by the ocean currents to places as far away as East Africa and Japan.

Abalones look like large clamshells but they have natural holes along one side, which are used by the animal to breathe. The shells are used for decorative and ornamental purposes, and their size is large enough to be used as a small dish. They can also be made into tools.

Cowrie shells are glossy shells with a rounded oval shape and a toothed opening. They are found in warm ocean waters and have brilliant colors. They were once used as currency in Indian Ocean trade and are now used mostly for decorations and jewelry. 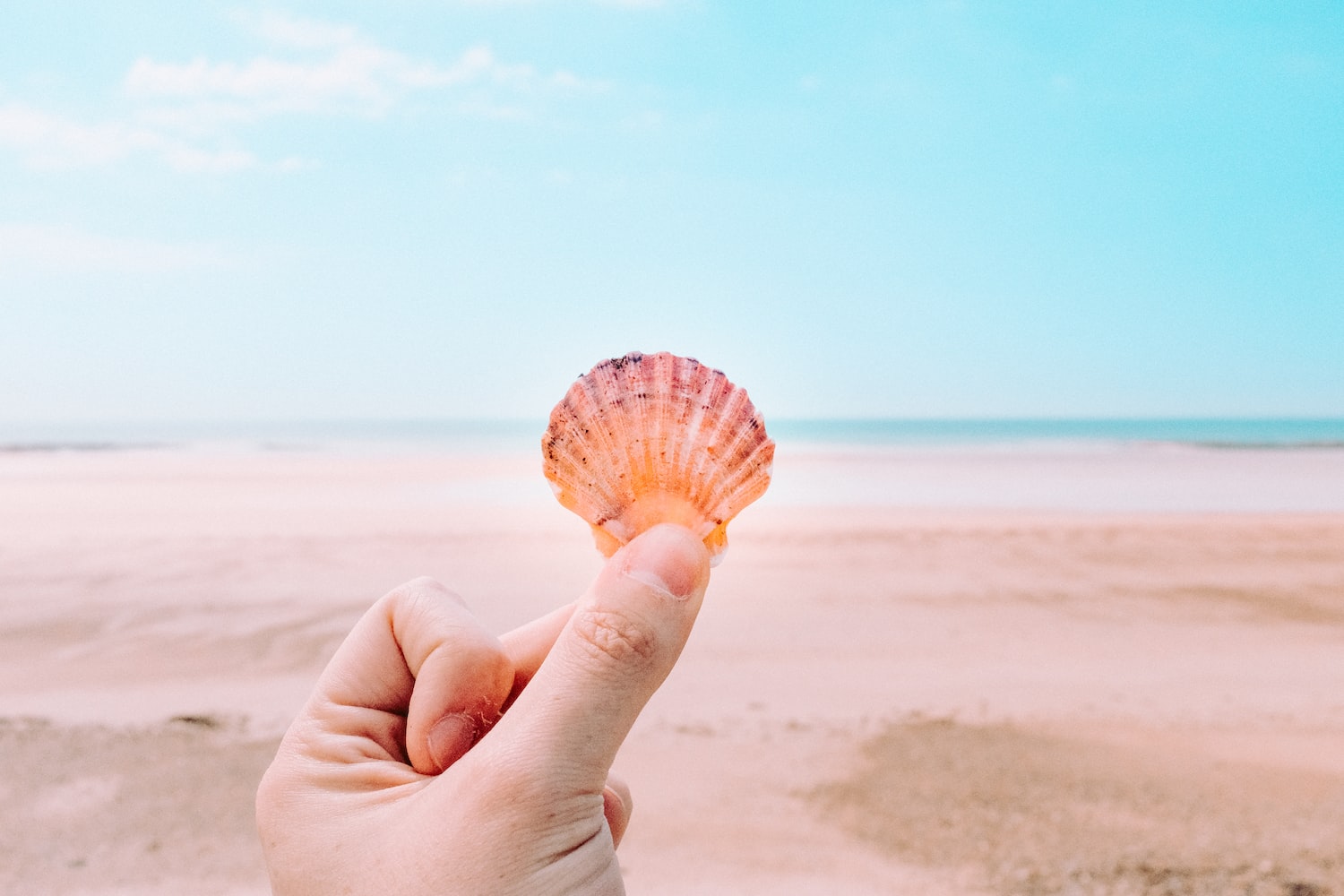 If you're fascinated by seashells, you're not alone. Throughout human history, people have admired and collected them, tried to understand them, made them into jewelry and used them as currency and even as fertilizer. Here are some interesting facts about seashells that will satisfy your craving to learn more about these marvels from the sea.

Most Seashells Are Dextral

This means that most seashells open to the right, while only a few are sinistral, opening on the left. This makes sinistral shells much sought after by collectors.

Seashells Have Been Used as Currency

In many parts of the world, including India, China, East Africa and the Arabian peninsula, cowrie shells were so plentiful that they were used as currency. In Papua New Guinea, they are still valued as money, but mostly in ceremonial and ritual settings.

Seashells Can Be Musical Instruments

Conches are used as wind instruments in places like japan, India, and the Caribbean. Some types of seashells can also be made into flutes.

There Are Seashell Beaches All Around the World

Nearly all beaches have seashells, but there are some that are world famous for the quantities and types of seashells that can be found there. The Shell Beach in Western Australia is covered along a length of 74 feet and down to a depth of 32 feet with different types of seashells. That's a shell seekers' paradise. Other famous shell beaches are Sulu in the Philippines, Jeffreys Bay in South Africa, and Sanibel Bay in Florida.

There are some fascinating stories behind different types of seashells. Like the sea itself, they have a strong hold on the human imagination. This is why people have collected shells for thousands of years and made them part of their art, literature, and religion. They seem to embody the beauty and mystery of the sea, which you can take with you even if you are far from the shore.

Canopy vs Tent: Which One Should You Buy?